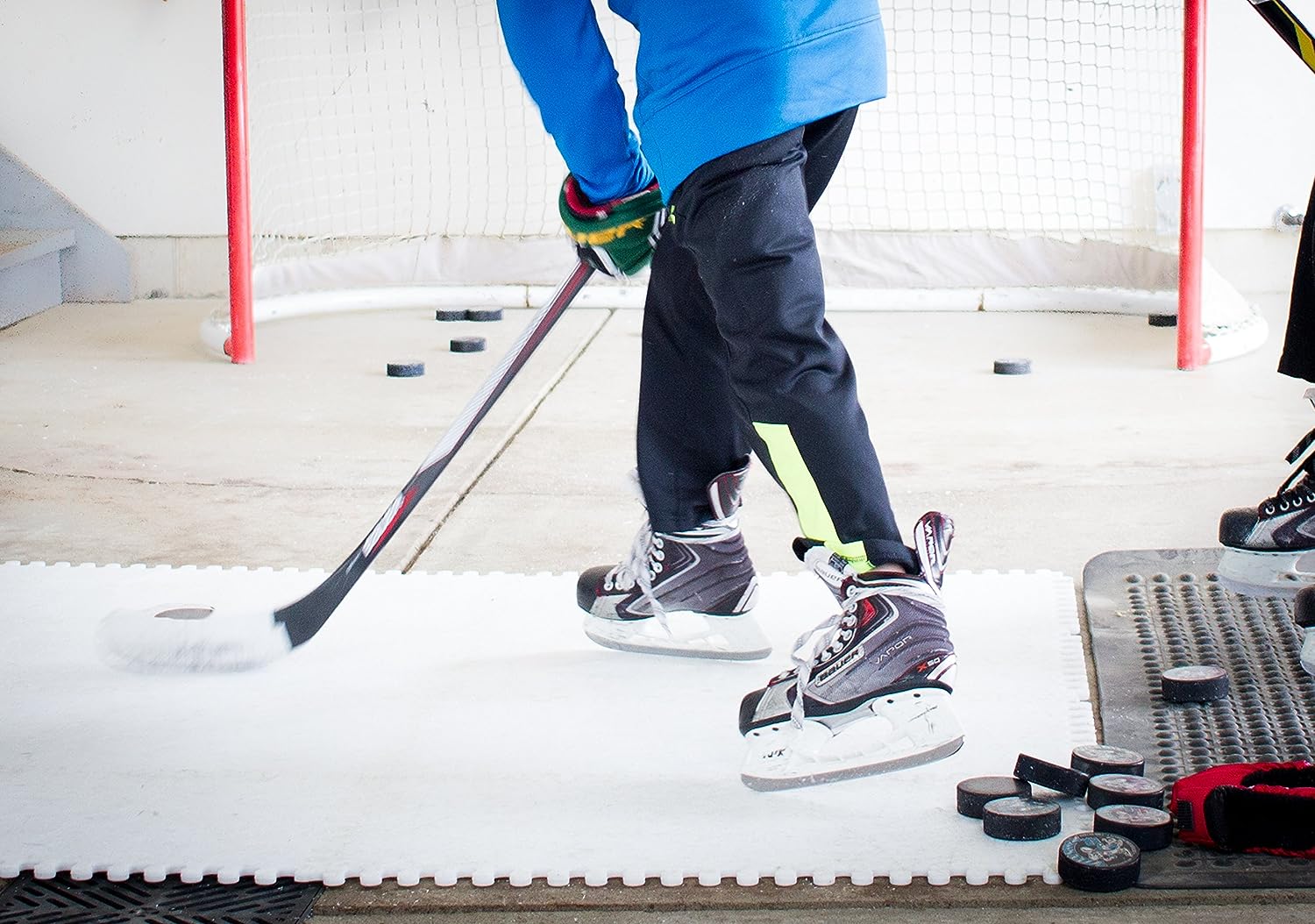 People from around the world are beginning to see the benefits of installing synthetic ice as an alternative to real ice for ice skating and hockey. But how does it work? Most avid ice skaters are skilled enough to do all kinds of tricks and unique moves on the ice, including dances, jumps, spins, and figure eights. Is synthetic ice good enough to allow skaters the same kind of freedom as ice skating? You might be surprised at the answer.

What is Synthetic Ice?

Synthetic ice is a type of flooring that came into the public eye in the 1960s. Developers wanted to come up with a solution so that ice skaters could skate without having to keep a refrigerated rink going and maintained all year round.

At first, the synthetic ice flooring was very burdensome and clunky because in order for it to work properly there had to be a constant form of lubrication added to the floor. It is easy to see where this could be a problem after a while. In the first place, the plastic that the flooring was made out of did not allow for a great slippery glide even with the lubricant in place.  On top of this, a constant application of some sort of oil or lube had to be in place for the whole process of skating.

As the years passed the developers did not give up, they knew there had to be a way to create a type of flooring that would mimic ice. The next phase in the history of synthetic ice was a flooring that worked remarkably well some of the time but had to be maintained and re-lubricated monthly, or more depending on how much it was used. Although it was a little crude, it was closer to what they were looking for.

After many years of upgrading and tweaking the process, developers came up with a lightweight plastic synthetic ice product that could apply its own lubricant from the inside as the ice skates traveled over it. Thanks to modern technology, and the advancement of science, developers were finally able to virtually mimic real ice and create a flooring solution that gives skaters an authentic ice-like environment to skate on.

Although the synthetic ice of today closely mimics ice, there is still a noticeable drag when skaters use it. However, this little bit of resistance actually helps to build muscles and endurance for skaters because it causes them to expel more energy as they skate and push themselves a little bit harder to get around.

As for being able to figure skate on artificial ice flooring, it all depends on the quality of the synthetic ice that you are skating on. Some ice panels are created without quality in mind. If you try and do fancy footwork skating on low-grade ice panels you will most likely end up in trouble. Synthetic ice has to be created and installed in a way that provides both safety and durability. If you think about it, the surface that ice skates have to flow over needs to be strong enough to handle the heat and the power of the ice skate blades. If not, there will be major problems. So, yes people can figure skate, and do all kinds of other ice skating feats on synthetic ice, but only if the ice is good enough to allow it.

Sniper’s Edge Hockey has the best synthetic ice, and other hockey products on the market today. If you want to figure skate or play the kind of hockey that you can on real ice be sure that you install the highest grade ice panels that are available at the most affordable prices. Don’t cheat yourself, treat yourself to the best.